A pounding headache. An unfamiliar hotel room in the late of night. And an ominous, pulsating, buzz coming from the halls. You start to get the feeling this hotel isn't normal, either that or you just keep getting lost.  Go through this point and click adventure to either find the source of the noise, or get the hell out of dodge.

created for Cursed Jam: The void.

The underlying tone of the jam was cursed images and the void. So still frames were a must for me. I had trouble, and still having trouble, with the game almost feeling like a slide show. As I was going through development the biggest thing I focused on was making the halls feel like you are traversing (and getting lost in) a liminal space. Future updates will hopefully solve some of my personal issues with the game.

so what about these visuals?

I started with setting my resolution and canvas to 540x540 pixels. I wanted something easy and hard to visually register. When editing the images I kept them locked somewhere in a 8 color to 12 color index. Doing so helps create strange dithering between colors and shades. The color palette was chosen because it FEELS like that 3AM waking up with hardly any lights on, dazed, and weird experience a lot of us feel when in a hotel. At least I do that, and I hate it.

how were the sounds made.

ooohh boy.  A lot. So to start there are about 6 different room  tones. Some with fans, some with Florence lights. all with about 5 channels of different sounds I was playing with. Way too much work for just room tones. The strange sound you hear through the halls has reverb, paulstretch, a lowpass filter to make it sound distant, and a weird fade in and fade out curve that adds an uncanny-ness when you listen for it. SPOILER: they are sampled from the ending sound. which I made from playing some random notes in a DAW and messing to hell with the speeds, positions, breaks, you name it. ANOTHER SPOILER: The voice at the end is single handedly the weirdest thing I've worked with. To start, I used this; 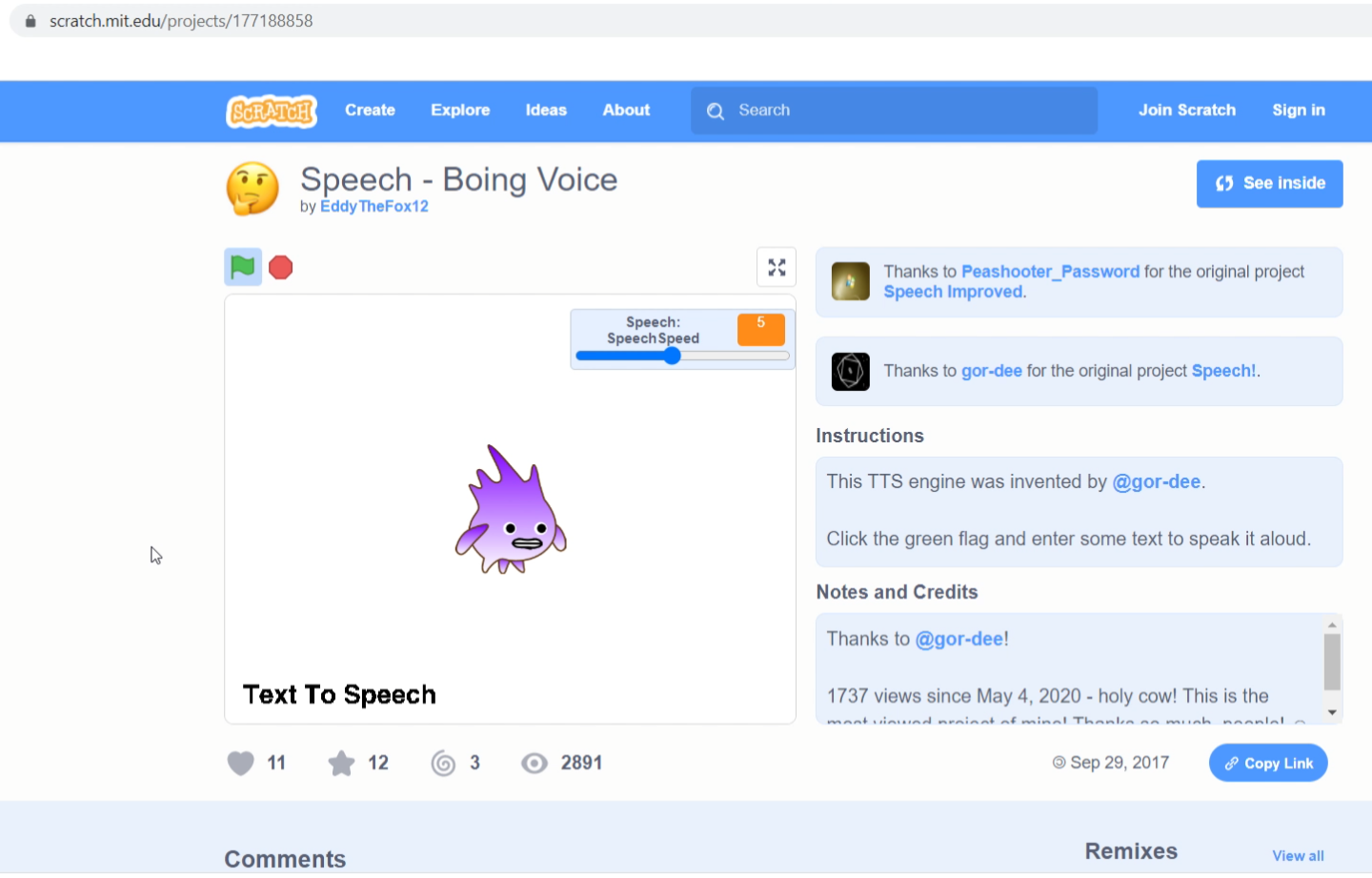 why? long story short I was looking for the text to speech voice Boing, which is only on Mac. So I figured I could find it hosted online somewhere. well.. this is where it was at. But it doesn't work! It produces some horrifying noises. Go check it out. So after hitting gold for a terrifying robot voice, I slowed it down, made the samples closer together then bitcrushed it.
OKAY SPOILERS DONE

I work on it some more. no really. I love this concept and want to add so much more. The halls need better purpose. Maybe some freak encounters to spice up the aimless wondering. Okay okay, ANOTHER SPOILER (from here to the end will be spoilers for future updates) in the end the machine god was suppose to challenge you to an esoteric board game like chess while talking to you about existence, the meaning of reality, and the ability to consciously make choices . It still would have ended the same, but having that dynamic scene of trying to beat a god at a game it created would really drive in some of the more inner mechanisms of the theme. that being, its all futile. The game pieces would randomly generate and the games win goal would also randomly generate. there would be a chance to win, very hard, maybe next to impossible, but every time you fail the machine god would give you an option to try again or listen to it.

There would also be some other endings planned. like killing a god.

I also had an idea of a pool room. There was going to be some symbolism of getting distracted and losing your way or something. Big brain stuff, y'know. You wouldn't hear the strange noise anymore and would hear faintly a women singing. I'm pretty sure getting in the water would have drowned you. 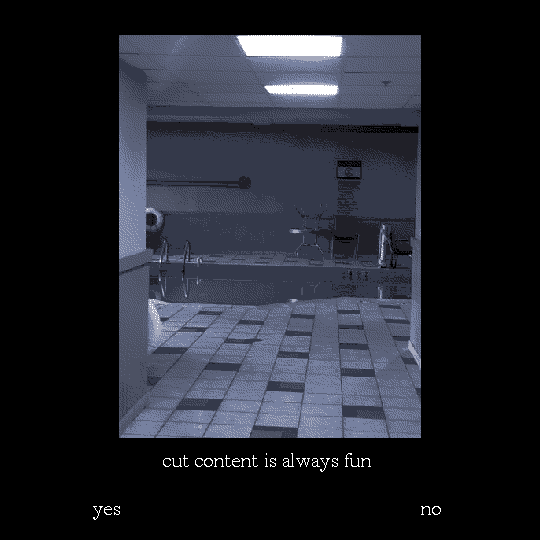 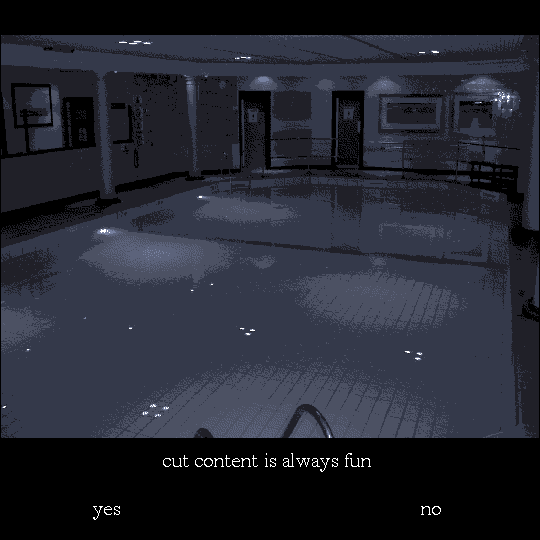 So yeah. more content on the way, thank you for playing my game, go check out my other stuff.

this was very well done for such a simple concept!

thank you so much!! I have a horror con planned so I’m going to revisit this and finally add more stuff like I always wanted to. Thank you for playing and keep an eye out for updates in the next two months!

I decided to play the game due to the aesthetics of the game which caught my eye immediately among the other games. I felt that the game was interesting in terms of venturing around a building that looks like a hotel/motel. The mood and atmosphere of the game was horrifying and scary but I felt that more could have been done to enhance the game.

Since this game was made for a Game Jam with a title "The Void", more could have been done to relate the themes and ideas in the game to the void, especially that strange refrigerator-looking machine at the end which I felt that it wasn't a really good representation of the main idea of the storyline. I also felt that more sound effects and variation of sounds could have been used to make the entire experience a more horrifying and interesting one as it got a little bit annoying when the machine repeats the sound effects continously. More could have been elaborated on the storyline to make it an even more immersive experience.

Thank you for reading my comment and I wish you good luck in your future endeavours.

i liked the creator personality alot :D and hope to see more of this in the future !

here is my video about it hope you enjoy it ! 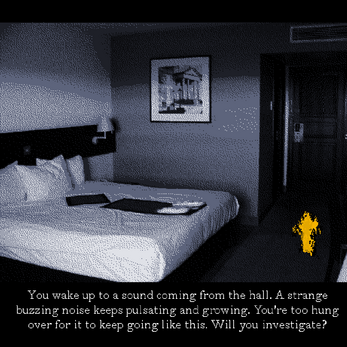 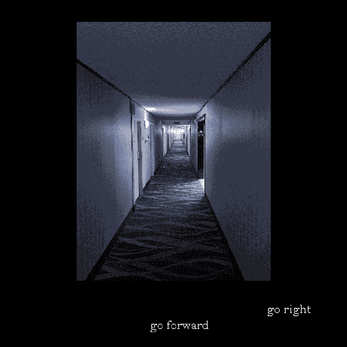 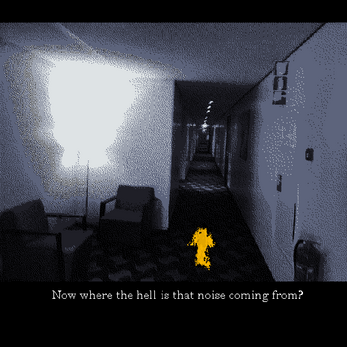 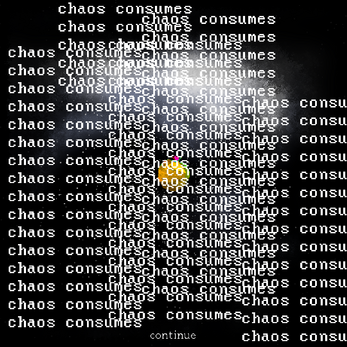